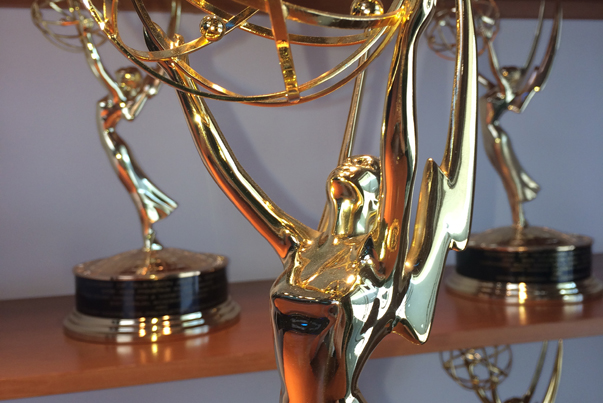 We’re Not Just a Beautiful Face

By Levels AudioApril 9, 2014News
No Comments
Have you seen our awards wall? I don’t mean to brag… but sometimes you just get an overwhelming feeling of accomplishment when you look at Hollywood accolades in person. Since 2003, Levels Audio and staff have won 6 Primetime Emmy Awards and been nominated for 28 more. We’ve also taken home multiple Daytime Emmys and CAS (Cinema Audio Society) Awards.  Some of the titles that we’ve won award on include The Academy Awards, The Rock and Roll Hall of Fame Concerts and Disney Parks Christmas Day Parade. Okay, I’ll stop boasting now since obviously our work speaks for itself!
Take Your Project to the Next Level Get in Touch